“Reception to Kalem Players”
“One of the pleasant features of the homecoming of the section of the Kalem Stock Company  recently engaged in Florida, was a reception to the leading members of the Millard Theatre, Amsterdam avenue and 89th street [NYC], on Friday evening May 12.

“Most of  the players were introduced  to  the audience, among them Sidney Olcott, the director, Miss Gene Gauntier, the leading woman, Miss Ethel Eastcourt, Mr. and Mrs. Jack Ridgley, J. P. McGowan and Mr. and Mrs. G. K. Hollister” 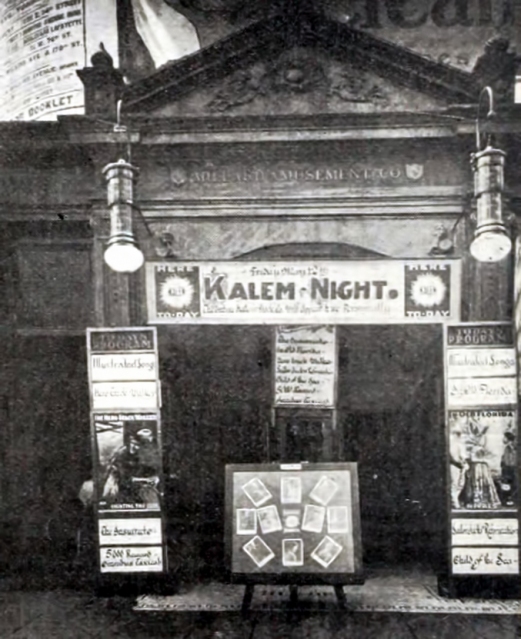 “Mr. McGowan delivered a short address in which he urged the merits of the photoplay theatre as an amusement for children and called attention to the moral tones of the Kalem product.

Announcement also made of the projected trip to Ireland, which was received by the audience with appreciation.

Adjournment was made to a nearby hotel where the players were entertained by Mr. and Mrs. Oakes, owners of the theatre.”

Opened in 1908, the Millard was owned and operated by Lee A. Ochs, not Oaks.

Blazing the Trail to Ireland

Cezar Del Valle is the author of the Brooklyn Theatre Index, a three-volume history of borough theatres. 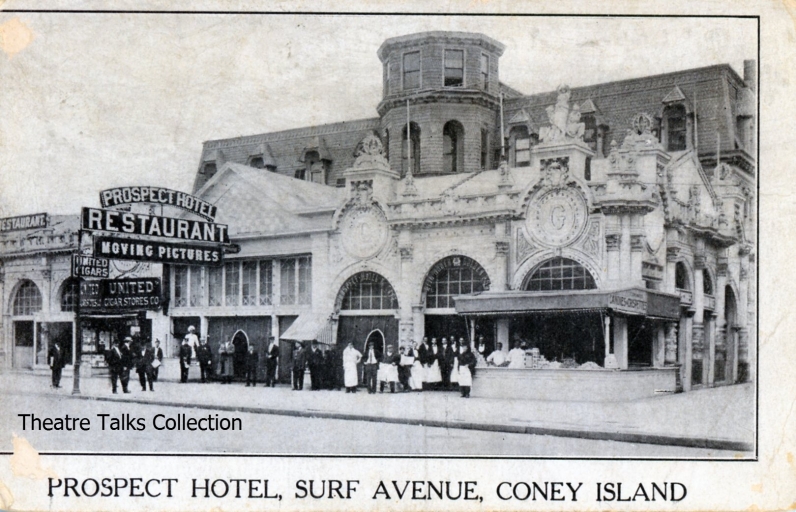 Moving Picture World, June 17, 1911:
“The fact that Coney Island, N. Y., is fast becoming one of the central points for the exhibition of moving pictures. and even now is assuming the name ‘Flicker Alley,’ is strongly evidenced by the number of sales recorded by manufacturers and dealers in moving picture apparatus and supplies.

“The latest arrivals in the exhibiting field at this popular resort are Morris Goldberg, operating the Prospect Hotel, Mr. E. F. McGann, of McGann’s Hotel, and Dickers Hotel, all if which have installed a Powers Cameragraph Number 6*, and equipment.”

Del Valle is the author of the Brooklyn Theatre Index, a three-volume history of borough theatres.

Updated third edition of the Brooklyn Theatre Index  will be available in 2019 . 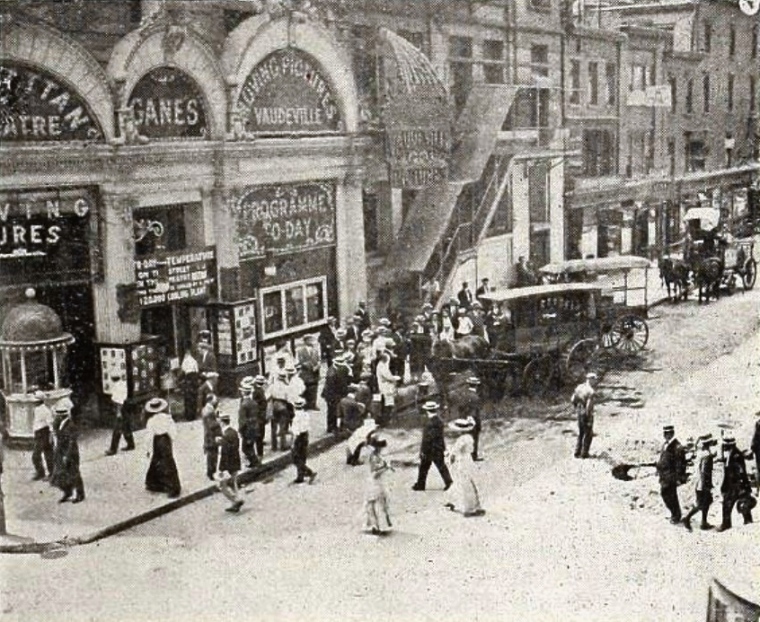 “Last week when New York’s dumb animals as well as the human portion of its population were sweltering in the heat, William J. Gane, of the Manhattan Theater, gave water to a thirsty horse in front of his theater on the corner of Broadway and 31st street.  While the horse drank he took the hose and sprinkled it with the fresh cool water; for his pains he was fined ten dollars.

“However, Mr. Gane, seeing the comfort the horse derived from its shower, in the kindness of his heart, immediately installed a couple of real shower baths at the edge of the pavement directly in front of the Manhattan, and here hundreds of our dumb friends reveled, during the recent hot wave, in the refreshing spray so thoughtfully  provided for them by the big-hearted manager.”

Del Valle is the author of the Brooklyn Theatre Index, a three-volume history of borough theatres.

Editing and updating the third edition of the Brooklyn Theatre Index.

On Sunday, July 12, 2015,  Cezar Del Valle, author of the Brooklyn Theatre Index Volume III, hosts the cHURCH OF MONICA, Open Source Gallery, with an illustrated talk on the history of Coney Island theatre. 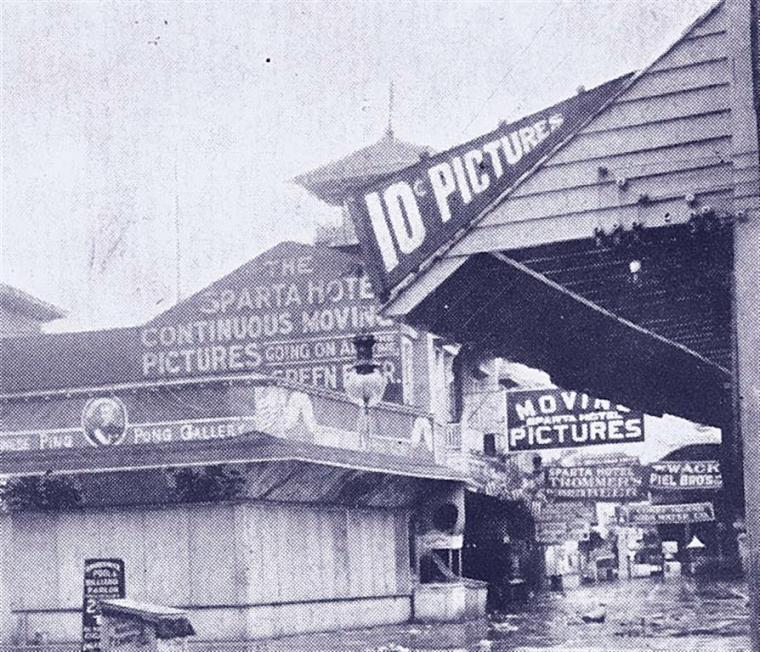 The Evening Telegram, August 10, 1904:
“The first intimation that a blaze existed was given to the audience on the canvas in which the moving pictures were being shown. The machine itself caused the fire as the result of the photographic films coming in contact with the carbon flame.

“On the canvas was being shown a picture of Dante’s ‘Inferno.’ When the film caught fire it was passing behind lens at a rapid rate and for the space of a minute the real flames were reflected into the picture ‘Inferno.’ At first the audience thought the reflection was part of the picture, but the cry of fire brought them to a realization that the picture was near to being real.

“The picture machine was located in a partly enclosed booth in the balcony of the music hall. The flames spread to the second floor in spite of the fact that the booth was sheathed in tin. Johnson Smith, the operator was burned about the face and hands while making his escape from the booth.”

Above photo from a postcard in the Theatre Talks Collection, please ask permission to copy and/or use. At least give credit to source. We know that some people will not honor this but it would be nice if they did.

Cezar Del Valle is the author of the Brooklyn Theatre Index, a three-volume history of borough theatres. The first two chosen 2010 Best Book of the Year by the Theatre Historical Society. Final volume published in September 2014.

He is available for theatre talks and walking tours in 2015: historical societies, libraries, senior centers, etc.

Recently on The Dream